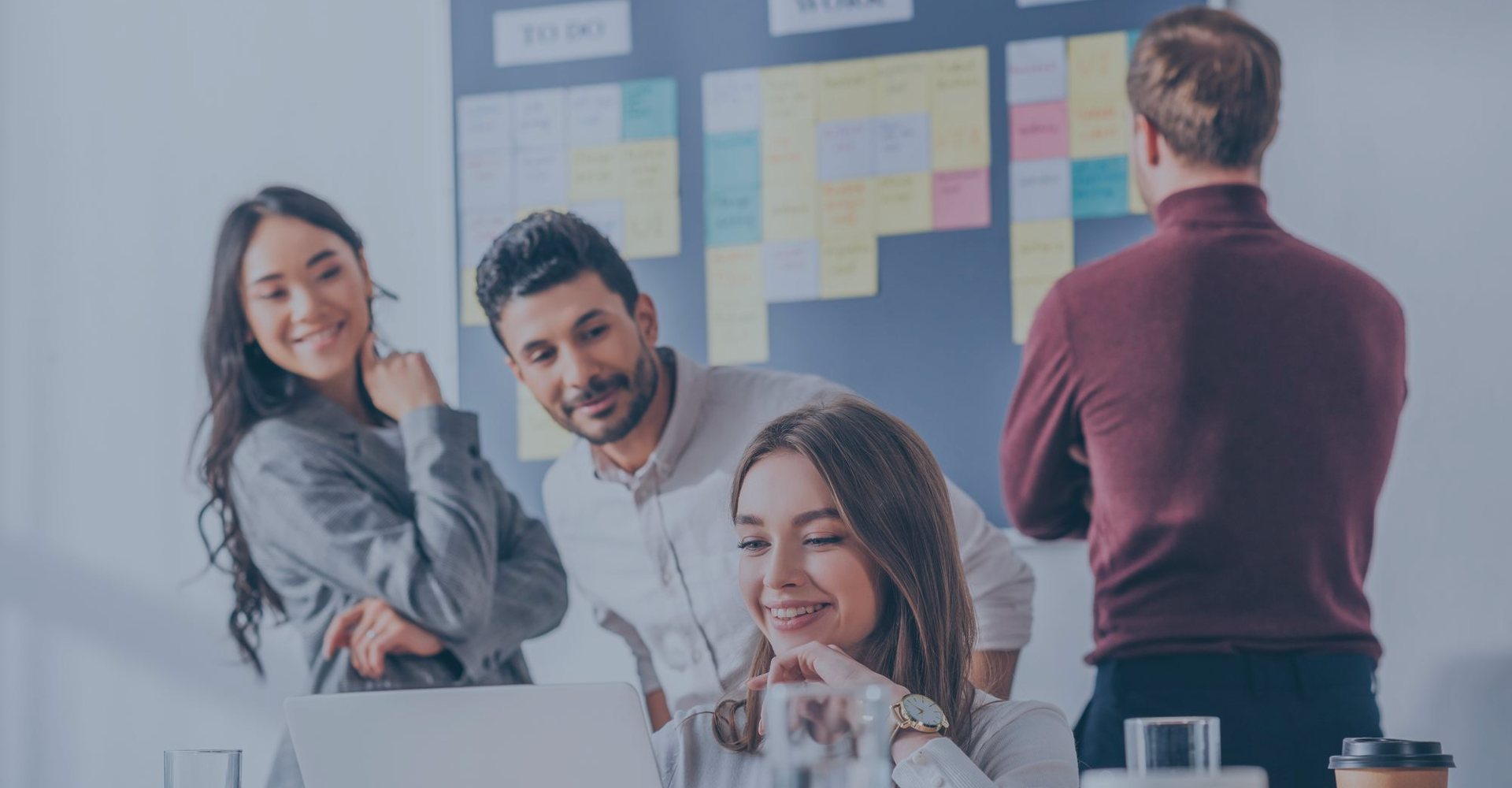 Everything you always wanted to know about the confusing project management roles but were afraid to ask.

To explain the differences and correlations between management roles, it is probably best to start by highlighting the significance of project management. Regardless of the methodology chosen, the project team should have a clear understanding of their part in achieving objectives. Delivering a project is a process; it has to be properly led and executed, considering factors like stakeholder expectations, deliverables, and scope. So, if you’d rather have yours well-planned and run efficiently, your goals reached, and your customer satisfied, delegate a qualified person to keep it in check. Being an IT company, we exercise Agile methodology for developing software and coordinating projects. For this reason, we’ll focus on and expand on the three management roles typical for the agile way of working. In particular, how to make the theory come to terms with practice.

Let’s look into the three roles vital for the project to happen. Simply put, a product owner sees the scope from a broader perspective and is responsible for the end result. The project manager focuses on the team’s daily workflow and scope. While the Scrum master concentrates mainly on facilitating operations in the Scrum framework. So, the primary difference is not how but what they manage. If we proceed by the book, the three roles should be assigned to dedicated specialists; it’s worth noting that not all of them have to be cast within one project. Depending on the scale, some of the functions might end up being carried out by one person. We will expand on the outcomes of such scenarios in the further part of the article. For now, let’s take a closer look at the specific features of each role.

While the product owner deals with “what and why?” issues, the project manager is busy figuring out how to execute the PO’s vision. Hence, PM’s work field covers daily operation flow, including managing resources, scheduling, budgeting, and risk management. Decisions made by the project manager are primarily based on technical analyses. Thus, an analytical mind and strong organizational skills are most valued in this profession. The PM is not limited nor bound to any specific methodology; hence holistic coordination is the leading skill and priority when running projects involving elements of different approaches.

Last but not a minor role, we’d like to draw your attention to, is the Scrum master, a team member dedicated solely to the Scrum framework implementation. SM’s primary task is to assist everyone involved in keeping the workflow within Scrum’s methodology. Hence, the SM is accountable for the Scrum team’s effectiveness, which might be their higher priority than reaching the project’s final objectives. Further tasks of an SM include: guiding the Scrum Team to focus on developing high-value Increments meeting the Definition of Done; training the team in self-management and being cross-functional; discarding the impediments to the Scrum Team’s progress; and making sure that the Scrum events take place, are constructive, and within the timeframe.

If you’re a rookie in the subject, the three roles might seem very much alike or at least play along. Indeed, agile roles are written out to benefit the project, the team and facilitate delivering the objectives. Essentially, PO, PM, and SM are all in the same boat; however, each has their own angle. Let’s take a closer look at the key points of difference between the three roles, as it’s crucial for understanding the possible issues and scenarios in agile project management.

Having in mind each of the roles assigned to the project is based on distinct objectives; it’s more than likely that sooner or later, you will come across some complications. On the one hand, you have the PO who concentrates on delivering goals as scheduled, functioning as a connector between the business and the development. And on the other, the PM that combines the management tasks, considering both the business perspective and the daily team operation tasks. Acknowledging the different priorities of each role makes it easier to brace for possible issues emerging in the project.

Between a rock and a hard place

Managing a complex project for a client piling on more and more demands works against team motivation. That’s when a Scrum master should step to help the team navigate the process and offer advice. Being an SM requires impartiality and focus on supporting the process rather than the project’s success. Complications arise when a Scrum master gets too friendly with the team and concentrates on defending their interests against the demanding client. Remaining unbiased might be tricky when supporting the team daily and facilitating their work, though such an approach is vital in this role. When it comes to reorganizing the team’s work, the SM should prioritize the Scrum workflow rather than the work comfort of colleagues from the team. Scrum master faces tough and unpopular decisions to keep up the constructive work.

Considering the scope and the responsibilities, the product owner can be perceived as a Mini-CEO. The PO is empowered to make high-level decisions at the same time prioritizing the product’s best interests. Given the similarities and circumstances, especially in the case of small enterprises, a CEO might be tempted to take the product manager role. It seems doable, though, is it really beneficial to the product? Well, we don’t think it is, and here’s why. The CEO and, in many cases, the product founder will not be able to make decisions as objectively as the PO would. Another thing is that being the boss, the person might not face any objections from the team, which only encourages an authoritative approach and forcing moves. Apart from the decision-making, the CEO will simply not be able to commit to the project as much as the dedicated PO. We’re talking about availability, teamwork involvement, and reliability. All things considered, being a product owner is a full-time job requiring real engagement, and for the project to succeed, it should not be performed halfway.

When methodology does not go along with reality

PM, not limited to any specific methodologies, can work with any type of project: Agile, Waterfall, you name it. The role is flexible and versatile, which, ironically, may cause a real conundrum. While working with advanced structured projects for public administration or corporates, the PM is expected to follow a process-based method, like the Prince2 model, with a high level of detail involving milestones, budgeting, risk management, and more. However, tasks are hardly ever perfectly outlined in real life and follow Prince2 standards. The rules of the game change, and a long-term project turns into an agile one. At this point, the project manager has to stretch and bend to, on the one side, manage agile software development and, on the other, achieve milestones and deliver the planned objectives. When balancing between methodologies, deadlines, and resources, one may easily drift away and start making decisions detached from reality. So, when a PM claims that nine women are perfectly capable of giving birth to one baby in a month, it might be a good idea to reconsider the methodology choice. Flexibility towards the product development process is just as important as focusing on delivering the objectives. A change of approach might secure the project’s success.

Tasks assignment in agile projects happens intrinsically, as the work gets self-assigned during the daily meetups. When things are heating up, the team might need some help from the Scrum master, who will deal with streamlining the workflow. Provided the project is run within the Scrum framework. Neither PO nor PM is supposed to deal with task assignments, as it opposes the idea of Agile. Task-related issues are likely to occur when the priorities are not clearly stated or the task descriptions vague. Developers get stuck in the process, are not delivering according to the schedule, or in the worst scenario, end up working on an entirely different product versus the one expected by the PO. Communication problems can be easily prevented by the clear assignment of roles and responsibilities. The priorities should be defined and communicated in a way enabling the team to self-organize and that falls within the scope of the PO and PM.

The only constant is change

The way we approach project management is determined by a multitude of factors, including the human element in large part. The project, being a process, exposes the whole team to a changeable environment where some of the issues can’t be expected, addressed, or planned. To succeed and finally deliver what’s expected, one should adapt and adjust the next steps depending not only on the schedule and rigid expectations but also on the currently available resources, dynamic environment, and project team’s capabilities. 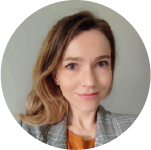 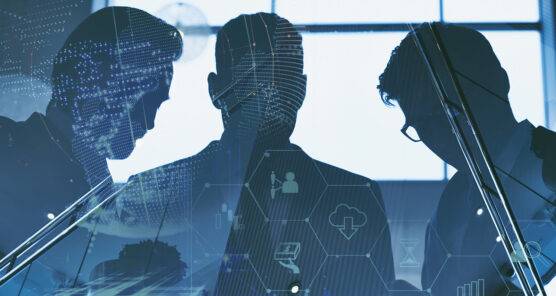 A remote CTO – who is it and do I need them? 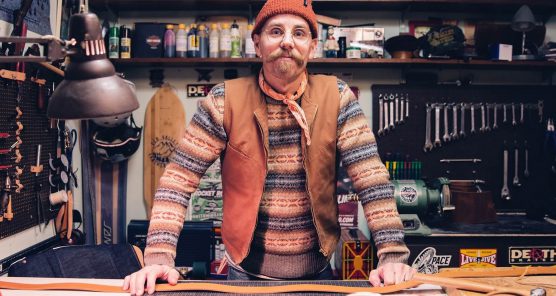 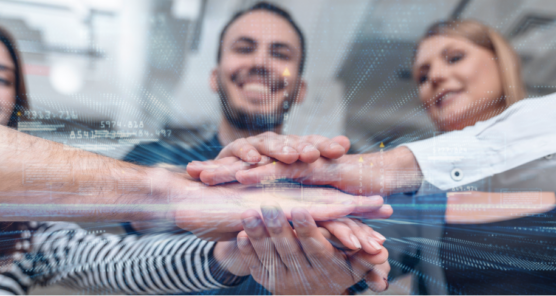 How to build software development teams?